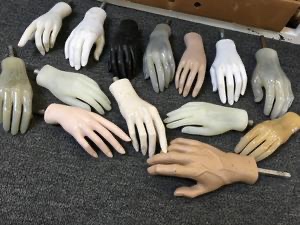 Was playing with both hands ever allowed in chess?

You can play chess with either hand or both if you choose. The standard that you need to press the clock with the same hand that you use to move the pieces is there to keep players from touching the clock before they have finished the move….